What is an Oast House? 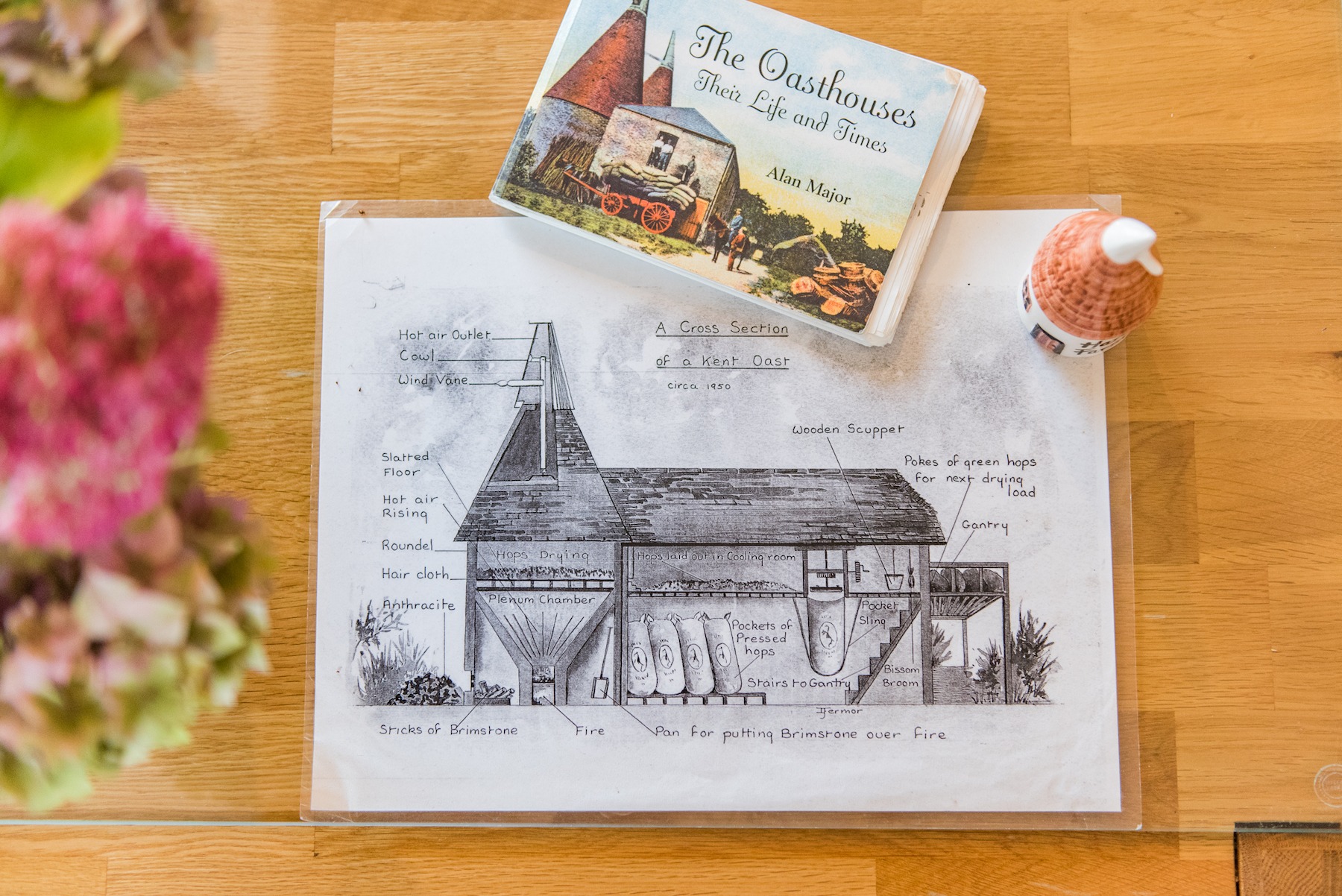 An oast, oast house or hop kiln is an agricultural building designed for kilning (drying) hops as part of the brewing process for making beer.

An oast house’ striking shape and pointed skyline is so unique and interesting, mainly found in the current and former hop-growing areas of Kent and East Sussex.

When the flowers were picked from the hop plants they were taken to the oast house. Here they were dried, cooled and packed up ready to be sold to the brewery. The ground floor of the roundel housed a furnace with the heat rising through the wooden slatted ceiling to dry the hops that had been laid out above. The steam then rose through the conical roof and out through the opening (the cowl) at the very top of the pointed roof. The cowl, on top of the oast house, was shaped like a cone. It was rotated by a wind vane so catching the best air flow. This allowed air to circulate in the roundel and also the cowl allowed moisture to escape. Most oast kilns had an attached barn which was used to cool and press the dried hops so they could be bagged and sold for beer making. It was found that square oasts were just as good at drying the hops and as they were much easier to build, most Oasts built after 1900 were square rather than round.

Many oast houses converted into homes have had many additional windows added, plus much of the original fabric covered up. Our oast house at Hare Farm is unique in that we have first and foremost wanted to protect its heritage. Those who holiday there are constantly reminded they are staying in what was once the main hive of activity on the farm and which once smelled of beer everywhere!