Memories from Tony Burt, one of the children in the Grinstead family.

My family started coming to Hare Farm in the 1800s. My Great Nan and Great Granddad were the first and then came my Granddad and Nan. In those days they used horse and cart to bring the hops from the hop gardens to the oast house for drying. At this time the huts were up near the farm, made from tin. 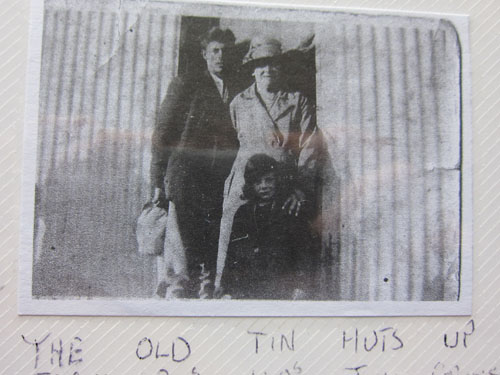 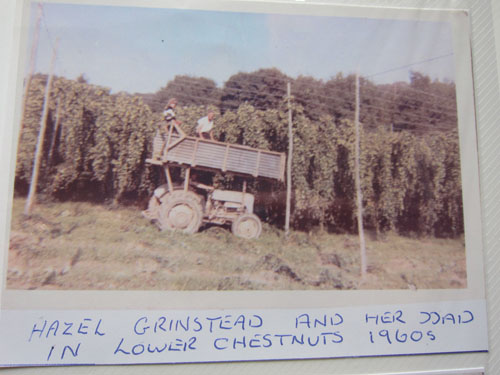 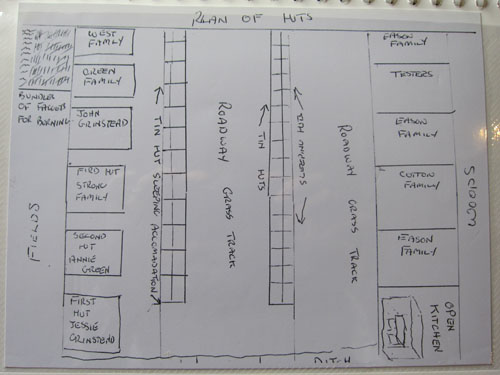 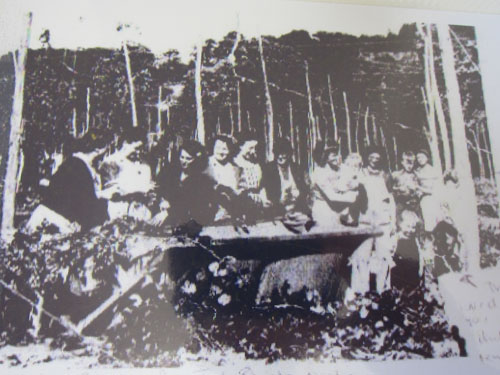 I remember coming up to the farm the Saturday before the season started with my Granddad to get the lorry and go to collect the families and their belongings. It was an old American army lorry, left hand drive. We collected families from Shoreham-by-Sea and Brighton. All the children would sit in the back on the mattresses and have a good old sing song. When we arrived back at the farm, everyone would muck in and unload the lorry and then get the huts sorted out. There was no electric. All cooking was done on oil stoves and lights were tilly lamps. We would get water from  the pump at the well in the stream, near the Marshes hop garden. 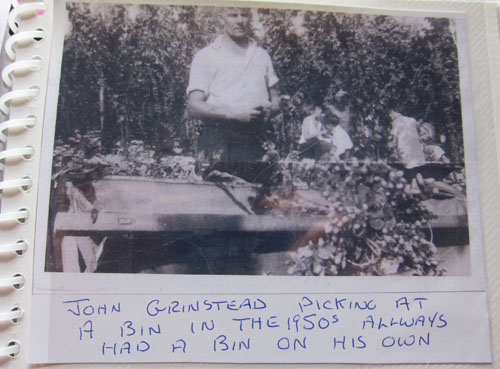 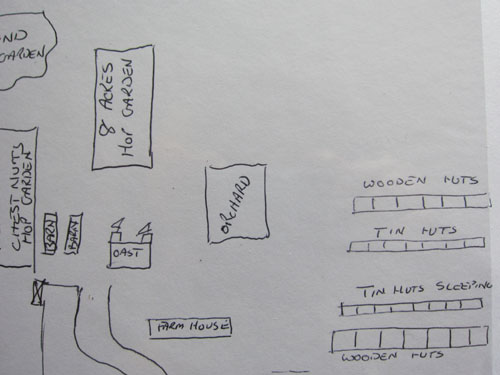 The season usually started late August / early September for about 8 weeks. My Granddad Grinstead was charge hand. He had to make sure everything went as it should. We used to get our food from Allen’s Stores in the village or the Tin Hut at Broad Oak.

My mother remembers dog fights with the planes in the war years over Brede and also remembers Winston Churchill using Brede Place as one of his head quarters in the war. They all remember the Brede Place ghost called Martha. And they say that there is a tunnel from Brede Place to the church. My Aunty Hazel was christened in Brede Church and one of my mother’s cousins Billy Eason is buried there.

I had some great years at Hare Farm. I used to go round to the oast house most evenings to help bag the dried hops. The worker’s name was Ron Cruttenden, the son of Arthur who was the farm foreman. And another man named Don. They lived on the bank in the two houses down from Mr Levett’s bungalow.

When the season started it was early starts, about 6 in the morning, 5 ½ days. On a Friday when Mr Levett came with the wages, all the children got 2 shillings each. We always had lunch in the hop gardens. Tea was made over a wood fire. 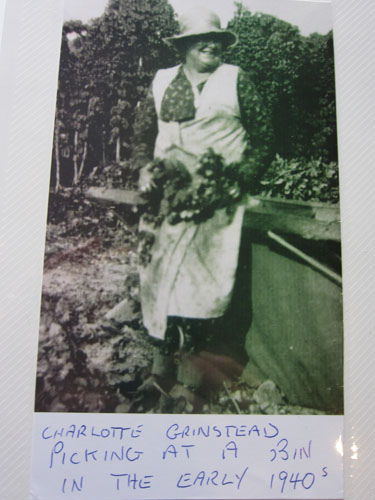 Hop picking stopped in the mid 60s and went over to machine, so the only family left on the farm was ours. They built us a nissen hut in the orchard behind the farm house, with running water, electric and a bath which was very nice. They had students from Australia, New Zealand and South Africa working on the farm, driving tractors. In 1970 it all came to an end. A very sad time but I can say that it was the best days of my life. I would do it all again if I could.