Shepherds' huts have been known to date back to as early as the reign of Elizabeth I, however they were more widely known in the 18th and 19th century. 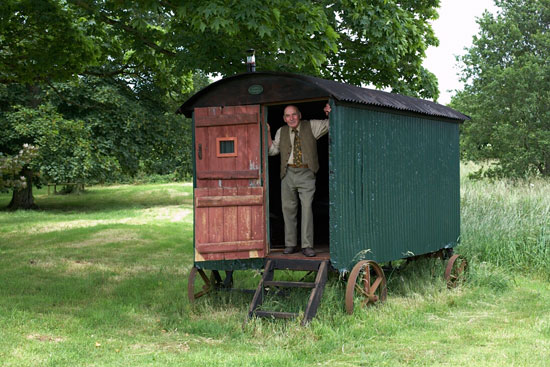 The huts were used during lambing, raising sheep and when moving them from place to place. It was a mobile shelter for the shepherd, his sheep and his dog and its use was as a bedroom, sitting room and kitchen with a stove for warmth and cooking on.

The bed often had a space underneath for orphaned or poorly lambs. It had a stable door to enable the shepherd to hear his flock and strong axles and cast iron wheels for constant movement over rough ground.

Mixed farms would often have a shepherd and flock on a fold ( land enclosed by wooden hurdles ) with the sheep grazing on forage crops such as turnips. Once grazed, the shepherd, sheep, dog and hut would move on to pastures new. The land would then be ploughed with the sheep manure and planted with crops.

Shepherds’ huts were still in use during the first part of the 20th century, but after the second world war and the introduction of fertilizers they fell into disrepair and neglect through lack of use. They were often dumped and left to rot in corners of fields, broken up and burnt or used as shelters for various livestock such as chickens. 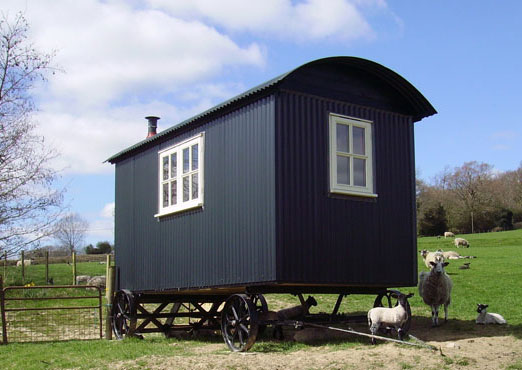 Our own new shepherd’s hut at Hare Farm was built by Plankbridge in Dorset ( home of Thomas Hardy who wrote Far from the Madding Crowd which features the farmer/shepherd Gabriel Oak using his hut during lambing ). It has an all metal chassis which is based on a Reeves original design. Before this introduction the chassis had been made of wood.

Reeves + Son of Bratton were one of the oldest agricultural engineering firms in Wiltshire, dating back to the early 1800’s and you can see a restored Reeves hut on the Restoration page – www.plankbridge.com/

Our 21st century shepherd’s hut may not be in use as a shepherd’s shelter ( although no reason why not! ), but we have tried to keep the exterior as traditional as possible with its size, the paint colour and the location of the stable door etc. Inside we have all mod cons – such as a dresser and let down tables, but we also have the traditional wood burner and a bed with space for an orphaned lamb underneath!